- April 20, 2020
Things certainly have changed since my last update! Good Lord, a global pandemic - these are strange and scary times. Lockdown, though, is treating me well I'd say, though I do miss normal life. I vary from a noble sadness at the state of things, the sentimental yearning to hug my best friend, to the less noble and rather indulgent wishing I could go get a Starbucks and wander around TK Maxx. Often it's all three at once, but sometimes I'm lucky enough to forget it for a while.
I think like a lot of people I am having a few lockdown realisations. Nothing wildly interesting, however, but I am or have been drifting. Lockdown made it worse (here in the UK we're entering our fifth week, but I'm actually on my seventh: my mum's ill-health made me extra careful) - I had all these plans of being stoical and using this period for generally bettering myself and all that, but I've hardly done anything. One thing I wanted to do was tidy up a little, metaphorically sp…
7 comments
Read more

Big Garden Birdwatch and Other Things 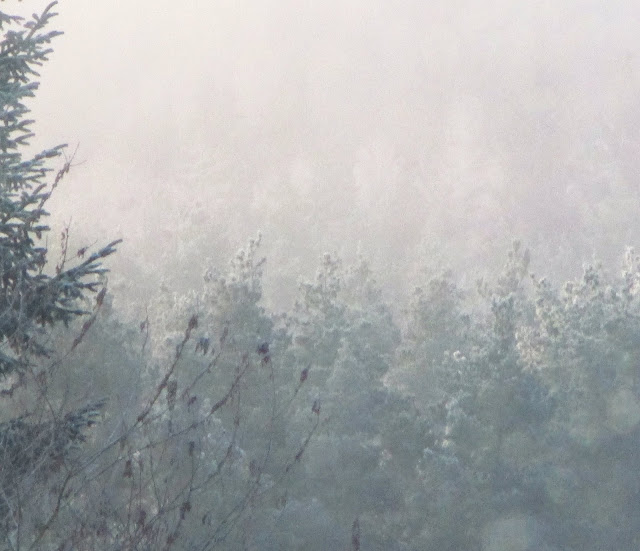 Last weekend was the RSPB's (Royal Society for the Protection of Birds) annual Big Garden Birdwatch: you sign up and watch the birds in your garden for an hour and make a note of the maximum number of each species you see at any one time, then send them off to the RSPB. This is my forth year of doing it with my mother - here's what we saw, and how the numbers compare to the previous years.
Species2017201820192020Chaffinches31444033CoalTits2317Robins2521Siskins02402Goldfinches0100Sparrows3229Woodpeckers2200Blackbirds2111Wrens1110Blue Tits6804Wood Pigeons861014Collared Doves6639Long-Tailed Tits3100Nuthatches 1110Bullfinches 0 030
Now, like an idiot, taking pictures for some reason didn't even occur to me. All I can say is at present I am seriously tired (more on that in a moment). I am so out of the habit of taking pictures, I need to get back to it if only to get some good pictures of Pablo and Archie. But back to the birds for a moment: it's interesting to compare the …
3 comments
Read more 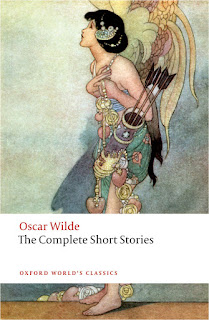 Finished: 29th January 2020 From Complete Short Stories by Oscar Wilde, edited by Isobel Murray. Length: 83 pages Rating: ★★★★★
Lord Arthur Savile's Crime and Other Stories includes in it four short stories: Lord Arthur Savile's CrimeThe Canterville GhostThe Sphinx Without a SecretThe Model Millionaire When it comes to short stories I am unable to ever find fault with Wilde. These are all excellent, and unlike The House of Pomegranates and The Happy Prince and Other Stories more comic with less of the religious undertones. In the first, Lord Arthur Savile's Crime, Lady Windermere introduces Lord Savile to a palmist, Septimus Podgers, who tells him it is his destiny to become a murderer. He prudently decides to delay his marriage to Sybil Merton until he has committed a murder and thus fulfilled his destiny. In the second, The Canterville Ghost, we see just how practical and unromantic Wilde found Americans when the Canterville Ghost finds it impossible to frighted a family…
3 comments
Read more

Defoe, Daniel - The Fortunes and Misfortunes of the Famous Moll Flanders (1722) 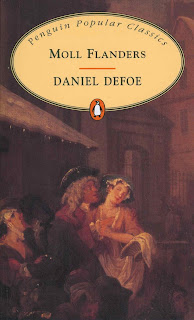 Moll Flanders, originally presented as an autobiography in 1722 but actually a novel by one of England's first novel-writers Daniel Defoe, is a wild and sensational novel. It documents the life of Moll Flanders, based in part at least, on Elizabeth Adkins (a.k.a. Moll King), a notorious thief and prostitute of around the same time.
Moll begins innocently enough, working as a maid after her mother is deported, but she is seduced by one of the sons in the house who manages to engineer her marriage to his younger brother. When he dies she manages to pass herself off as a woman of fortune but her second husband deserts her. Her third marriage (and forth lover) is, inadvertently, to her half-brother - when she realises of course that ends; her next lover, to whom she has three children (at this stage she's given birth to nine children), is married. She goes on to marry twice again, once to Jemy, who is referred to also as…
6 comments
Read more

It's a new year, and what is a year in British politics without some kind of election? As you know by now, following the disastrous 2019 General Election results the Labour leader Jeremy Corbyn will be standing down as soon as a new leader is elected - and that will be announced on 4th April.

So who is standing and who is not? It'll be quicker to open with who isn't standing: here's a quick list of those we thought might stand but who aren't: Yvette Cooper and David Lammy (I liked those two), Diane Abbott and John McDonnell (I liked them too, however it's for the best that they didn't stand), Dawn Butler, Barry Gardiner, Dan Jarvis, and Ian Lavery. And then there's Clive Lewis: to begin with each candidate needs nominations from 10% of current Labour MPs (i.e. the Parliamentary Labour Party or PLP for short) and MEPs (the European Parliamentary Labour Party, or EPLP for short), so they need 22 MPs or MEPs to back them. There's more needed after that…
2 comments
Read more

Perec, Georges - Species of Spaces and Other Pieces (20th Century) 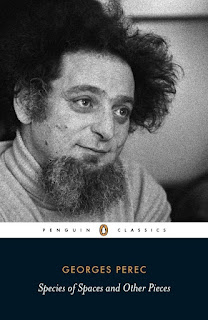 Species of Space and Other Pieces was the first book I read in 2020 and it got the year off to an excellent start. There's eight sections: Species of Spaces (1974)Extracts from Je suis né (1990)Extracts from Penser / Classer (1985)Extracts from L'Infra-ordinaire (1991)Extracts from L.G. (1992)Extracts from Cantatrix Sopranica L. (1991)The Winter Journey (1993)Extracts from Voeux All of it I loved, but for this I'll just say a few words on Species from Space (Espèces d'espaces): remember when you were young you might write your address:
House number, street Village / Town / City (pick applicable) County / State / Department Country Kingdom (if you live in a kingdom) Continent The World Space
Well, that is what Species of Spaces is kind of like. Perec writes on spaces starting with the familiar and ending up in space. He introduces the work with thoughts on 'the page' and then gets straight into the most …
5 comments
Read more 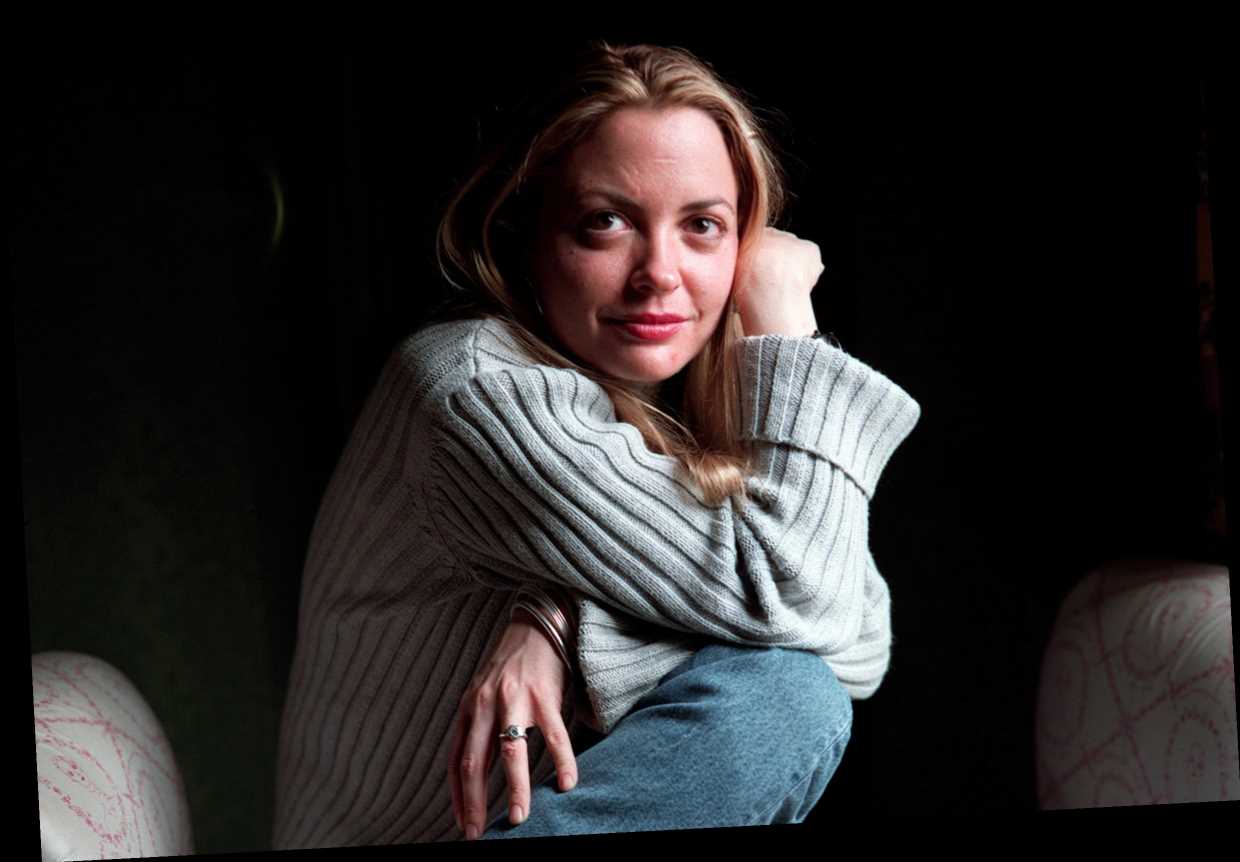 Yesterday evening I learned that Elizabeth Wurtzel had died. I was stunned - I am still stunned. I only checked the news to make sure we weren't at war or anything (how sadly ironic that seems given what followed a little later in the evening) and there it was. I cried: growing up, Elizabeth Wurtzel was a big deal to me, which, as I was telling my boyfriend, was all I really could get out. It's hard to believe that giant ball of frenetic energy has gone.
Of course, if you know anything about her, you'll know she divides opinion. One of the most memorable quotes about her, and this she adopted for her Twitter bio, was that she was "A Sylvia Plath with the ego of Madonna". This came from the New York Times and they were not being complimentary, preceding that sentence with "It would be possible to have more sympathy for Ms. Wurtzel if she weren't so exasperatingly sympathetic to herself". Narcissistic, self-indulgent; loud, essentially, unwilling to …
4 comments
Read more
More posts